It looks as though Arsenal have their kits for the 2022/23 season in order despite there not being confirmation from the club just yet, one of which uses a bold colour pattern. Four wins from Arsenal’s last four games would guarantee a spot in the Champions League next season – a haul that would see the club qualify for the elite competition for the first time since the 2015/16 campaign. 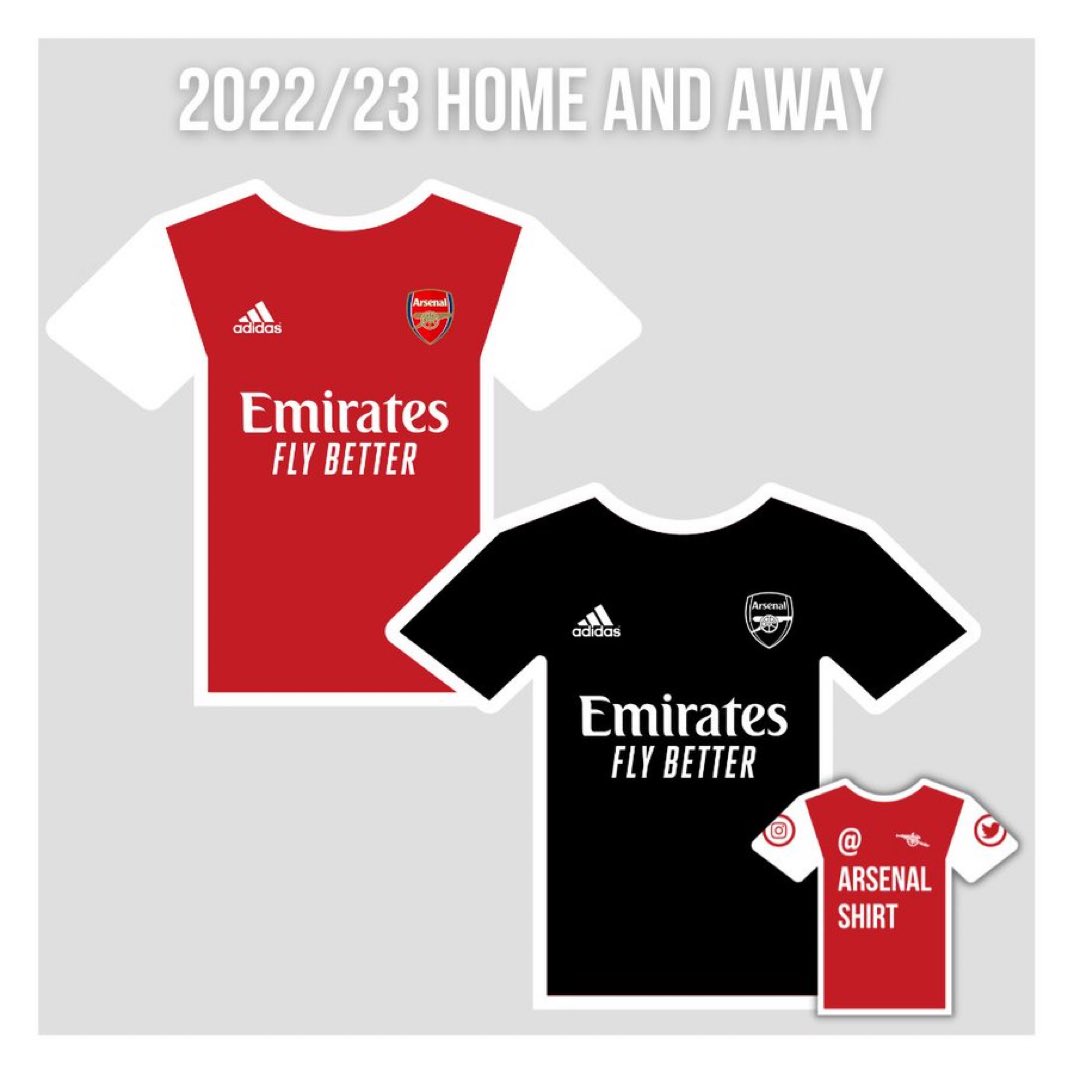 Whilst that’s not going to be an easy task, especially with the North London Derby coming up next Thursday (May 12), if they do qualify, the Gunners will have plenty to look forward to in 2022/23. In the meantime though, they can start to be excited about wearing their new stash.

That’s because it’s the time of the year again where fans get excited about their club’s new kits. Although there’s been no official confirmation from the powers that be, it looks as though Arsenal’ s new strips have been revealed online.

Whilst there’s usually always notable changes to both the style and colour of the second and third kits in particular, the Gunners have seemingly taken that notion a step further this time out. The leaked second jersey is predominantly black and combines with gold-metallic for all logos and grey for the three Stripes on the shoulders.

But it’s the third kit that’s a little bit more out there. That’s because if the leaks are to be believed, for the first time, Arsenal will don a pink strip.

As seen on FootyHeadlines, the Adidas Arsenal 2022-2023 third football shirt is mainly light pink. It is the first-ever pink shirt in the history of the north London club. On the front, you can see a pattern that consists of so-called ermines, which are often seen in coats of arms, for example. In this case, it’s derived from the old Arsenal badge.